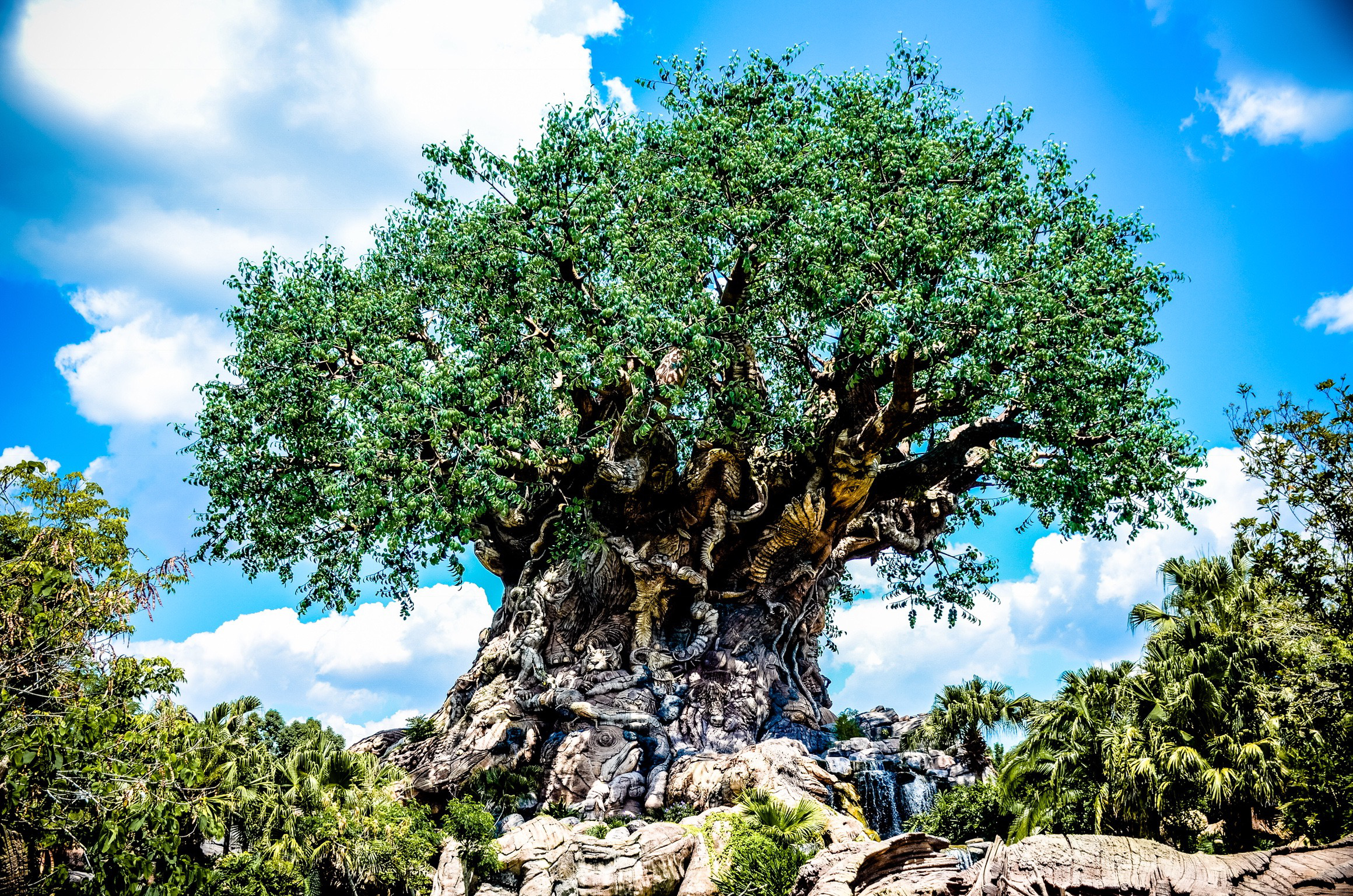 VIP Concierges love taking Guests on exotic Safari in Animal Kingdom, with its accessible viewing of exotic birds, reptiles and animal life including roaming tigers, elephants, giraffes, zebras and hippos, seemingly meandering wild in the savanna or jungle in their natural habitats.

The fourth and most recently-constructed park to open at Walt Disney World Resort, Animal Kingdom was dedicated in 1998 as a testament to Walt Disney’s pioneering philosophy to preserve the natural environment and support animal conservation. Animal Kingdom is the largest theme park in the world with a land mass covering 580 acres (230 ha), and is accredited by the Association of Zoos and Aquariums and the World Association of Zoos and Aquariums, demonstrating its highest standards of animal care and welfare.

At its center on Discovery Island, towers the man-made Baobab Tree of Life, a 145-foot-tall (44 m), 50-foot-wide (15 m) sculpted artificial tree, surrounded by trails and animal enclosures that showcase birds such as Greater flamingos, swans and storks; kangaroos, lemurs and otters.

From the Tree of Life, seven themed areas stem out from Discovery Island.

Africa is the first land where VIP Concierges like to start all Guests’ visits. There is the imaginary village of Harambe to set the African theme before embarking on a jaw-dropping experience and unique opportunity with Kilimanjaro Safaris expedition to view such African animals as: Grant’s zebras, black rhinos, blue wildebeests, cheetahs, African elephants, hippos, ostriches, impalas, Nile crocodiles, dama gazelles, warthogs, white rhinos, lions and springboks among numerous other species roaming freely through acres of rivers, rocky hills and savanna. Adjacent to the savanna, is the Pangani Forest Exploration Trail where VIP Concierges take Guests next to wander and observe black and white colobus monkeys, enormous gorillas, hippos, meerkats and huge tarantulas. No visit to Africa is complete without seeing Festival of the Lion King, a favorite performance show for families of all ages. One of the Theme Park Concierges in California, Kyle Bumphus, is a previous Cast Member from this show!

Next stop is Asia, with its imaginary village Anandapur (‘Place of many delights’ in Sanskrit) where the majestic Himalayas are replicated in a neighboring village Serka Zong behind the typical Nepalese village. The Maharajah’s Jungle Trek takes visitors through a forest and ruins to see a multitude of bird species, Komodo dragons, and of course the Bengal tigers. VIP Concierges like to offer Guests a chance to ‘cool off’ at this point in their trek with a surefire drenching in Kali River Rapids. If more thrill are sought, the roller coaster ride at Expedition Everest is guaranteed to dry them off!

Other areas of Animal Kingdom such as DinoLand U.S.A. with its life-like model dinosaurs and fossils also host family favorites like Finding Nemo – The Musical, a live-action musical stage show, and the thrilling ride DINOSAUR. Pandora - The World of Avatar is under construction, as well as a new night-time spectacular set to open shortly in 2016, Rivers of Light, with music, special lighting effects and live performers.

After a full day in Animal Kingdom, VIP Concierges can offer guidance and tips for dining. Rainforest Café is positioned just outside the main entrance and continues to provide animal-interactive fun especially for children. For quick-service there are a half-dozen selections one in every land, with Restaurantosaurus being one of Theme Park Concierges’ most selected for a fun-filled dining choice.