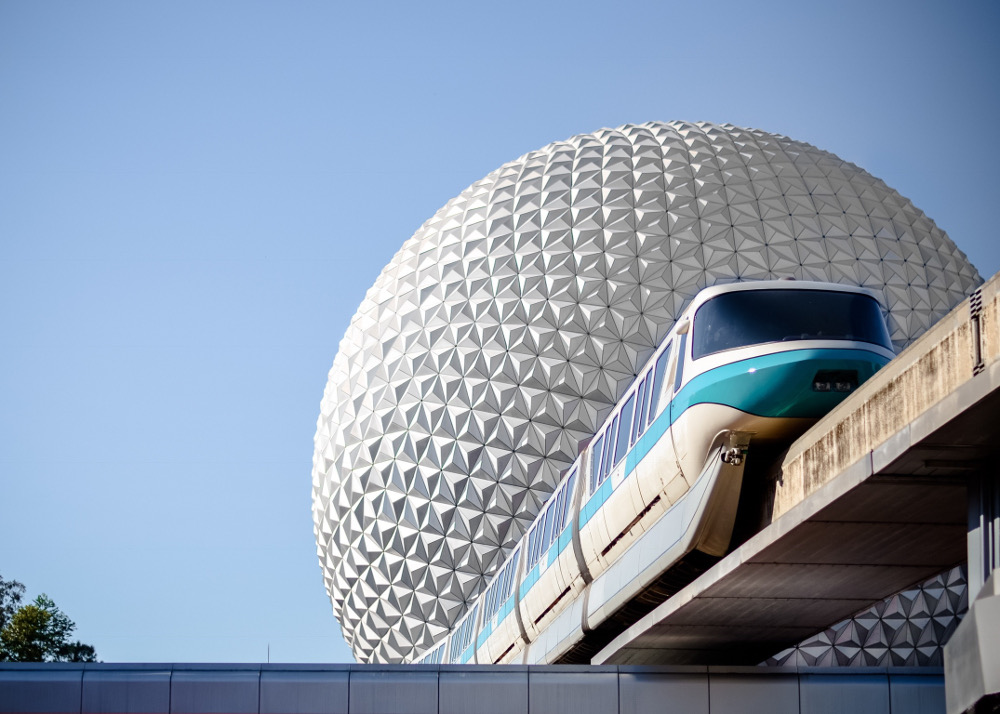 Spaceship Earth is the familiar landmark—a silver geodesic sphere—that serves as the icon symbol of Epcot, the second of the four parks that comprise Walt Disney World Resort. Opened in 1982, Epcot is an acronym standing for Experimental Prototype Community of Tomorrow and was conceived by Walt Disney to be an utopian city of the future dedicated to and celebrating human achievements, enterprise, genius, creativity, imagination and the future concepts and developments that will enrich and benefit all life.

Within Future World, one of the two main themed areas at Epcot, various pavilions alongside Spaceship Earth showcase cutting edge technology and science, such as Universe of Energy, The Land, Innoventions East and West, The Sea with Nemo & Friends and Imagination!, as well as attractions like the G-force pulling Mission: Space and speed-driving Test Track.

The second themed area of Epcot is World Showcase, its component to showcase international cultures and customs, in the mode of a world’s fair. VIP Concierges take their Guests for a ‘mini tour around the world’ where they can have croissant for breakfast in France, fish and chips for lunch in England and lasagna in Italy for dinner. A circular collection of eleven countries’ pavilions, centered by the World Showcase lagoon that is home to the night-time award-winning show IllumiNations: Reflections of Earth, make this world tour possible. Themed buildings represent each country’s architecture, culture, attractions and shops with specialty exports and national restaurants serving its country’s table fare, such as Canada, United Kingdom, Morocco, Italy and France, to name a few. Some countries offer entertainment, films, national music and even cultural rides, such as Mexico’s Gran Fiesta Tour starring the Three Caballeros, a film from China—Reflections of China—and the much anticipated opening in summer 2016 of Frozen Ever After, an ancient Norwegian vessel journey through the fantastical land of Frozen’s Arendelle, in Norway’s pavilion.